Chicago, IL, August 3 – On Wednesday, August 3, 2016, China General Chamber of Commerce – U.S.A. (CGCC) Chicago Chapter, in partnership with World Business Chicago, hosted the Annual Gala of 2016 in the city of Chicago. President Obama and Chinese Ambassador to the U.S., Cui Tiankai, sent congratulation letters. The gala had three sessions – CGCC Chicago Chapter Member Meeting at the Consulate General of China in Chicago in the morning, the US-China Business Cooperation & Economic Transformation Forum at Venue Six10 in the afternoon, and the Banquet & Awards Ceremony at the Art Institute of Chicago in the evening. 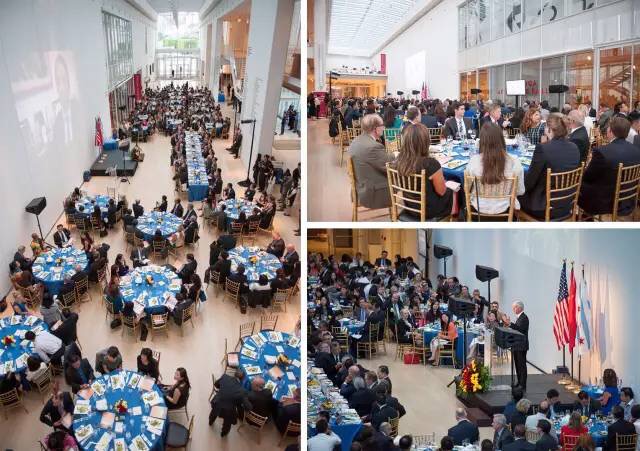 The gala was attended by more than 400 prominent government officials and business leaders from China and the United States, including Mayor of Chicago, Rahm Emanuel; Chinese Minister for Commercial Affairs in Washington D.C., Zhu Hong; Governor of Michigan, Rick Snyder; Chinese Consul General in Chicago, Hong Lei; Deputy Mayor of Chicago, Steve Koch, and State Office of Commercial and Business Affairs representatives in the Midwest, and entrepreneurs from Shanghai, China. 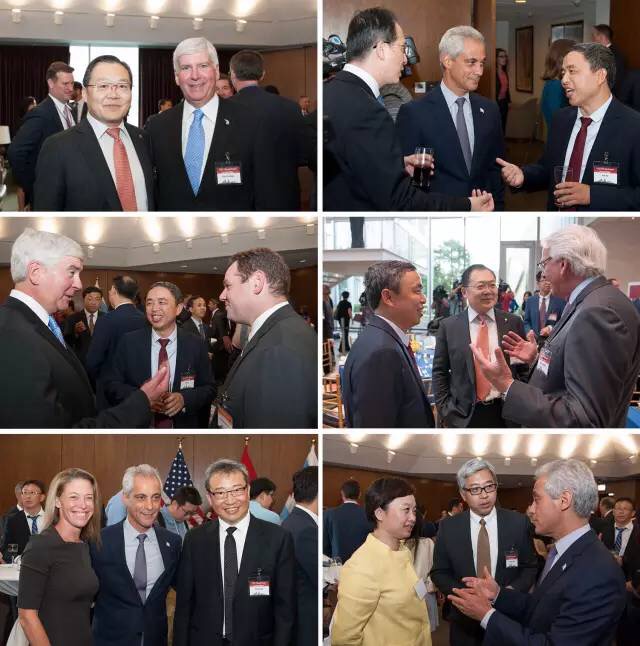 Hosted by Liang Pubin, Vice-Chairman of CGCC Chicago and Managing Director of HNA North America, the forum started with the welcome remarks by Chairman of CGCC, Xu Chen, followed by the opening remarks by Zou Xiaoming, Commercial Counselor of the Consulate General of China in Chicago. Counselor Zou said, “I strongly believe in the great potential of China-US economic and trade cooperation. It grows with China’s continued economic development and out of our co-operate efforts, which will eventually benefit the people of the two nations and the world. Chairman of CGCC Chicago, Ni Pin, and Deputy Mayor Koch, subsequently delivered keynote speeches titled “Overview of Chinese Investment in U.S. and the Midwest” and “Investment in Chicago”.

The forum was moderated by President and CEO of World Business Chicago, Jeff Malehorn, and Partner at Sidley Austin, Pran Jha. Panelists from Chinese and US companies had heated discussion on two issues – “Manufacturing and Technology Innovation”, and “Investment Environment”. Moreover, Liu Min, Vice-Chairman of Shanghai Municipal Commission of Commerce, made an impressive presentation of “Shanghai – the Changing City in the East”, encouraging more US companies to invest in Shanghai, China, and Asia for new opportunities and markets. 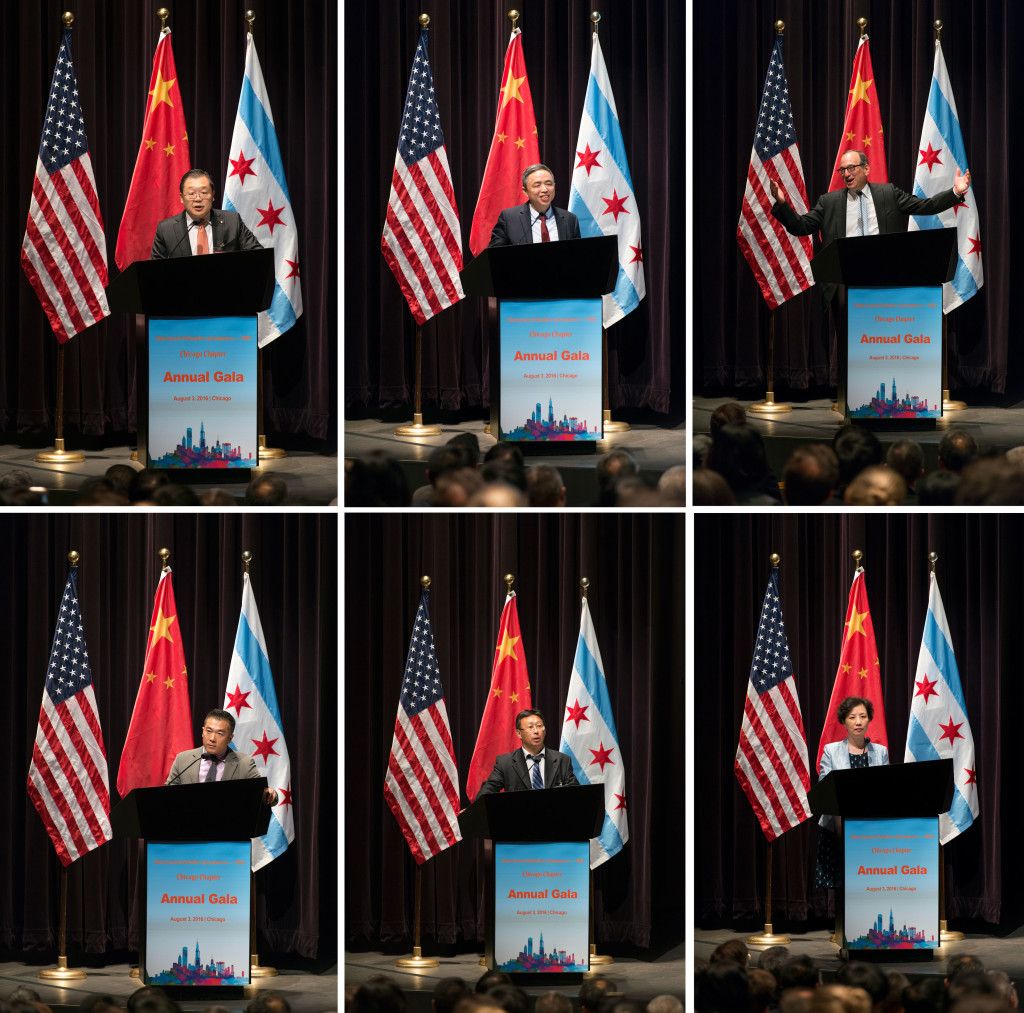 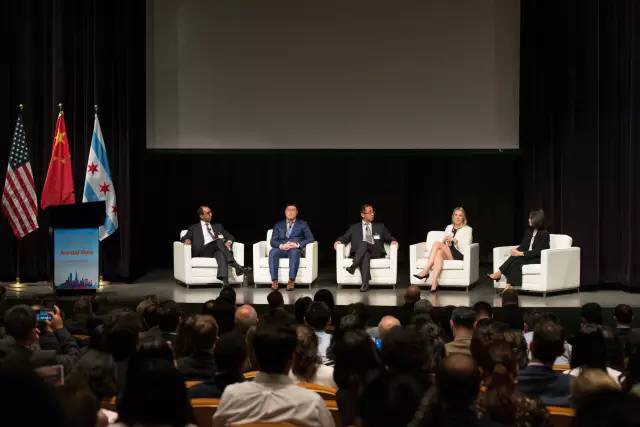 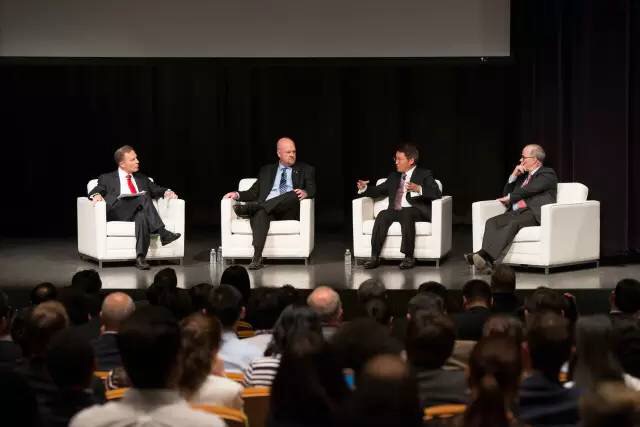 Hosted by ABC 7 News Anchor, Linda Yu, the Banquet & Awards Ceremony was opened by Chairman of CGCC Chicago, Ni Pin, who welcomed all the guests and thanked them for their support along the way. His welcome remarks were followed by Mayor Emanuel’s, Minister Zhu’s and Governor Rick’s speeches. “We shall endeavor to foster deeper and broader cooperation between the U.S. and China, deepening our mutual understanding”, said by Mayor Emanuel. At the same time, Minister Zhu pointed out that “the whole world is looking to China and the U.S., thinking where the China-U.S. relations are headed”. A long-term, stronger relationship between the two countries counts on the sub-national cooperation, “Both countries need to work together and share more social responsibilities to better serve and gain support from the local communities”, said Zhu. Governor Snyder highly valued the U.S.-China relationship, and warmly welcomed Chinese friends to come to Michigan, not only for building multi-beneficial business cooperation, but also for developing evergreen friendship between U.S. people and Chinese people. 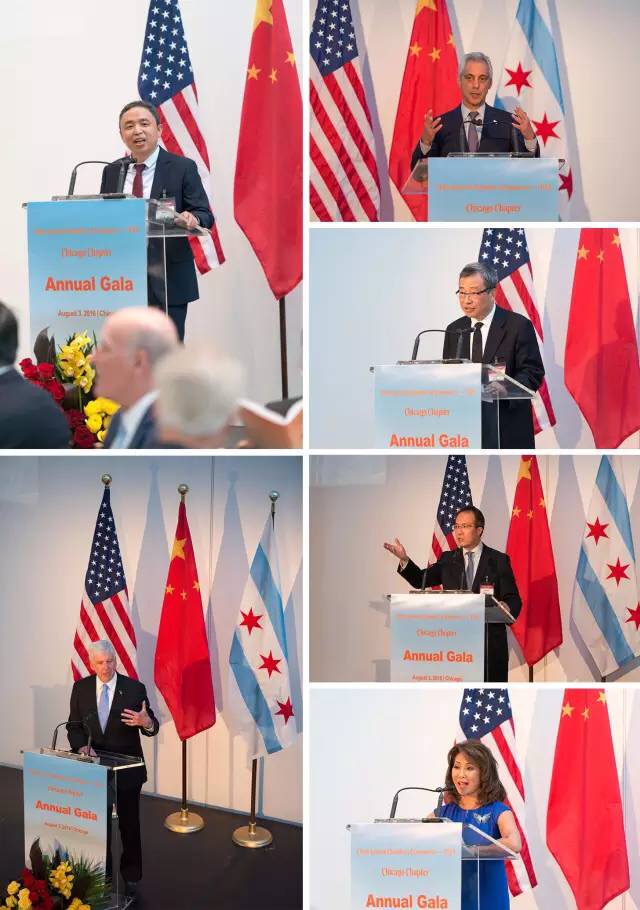 U.S. President Obama sent a congratulation message to the gala. “The United States and China are the world’s two largest economies and together, we must find cooperative measures that help promote growth around the globe. Events like this provide a platform for business leaders to unite in a spirit of collaboration to discuss key issues and exchange ideas.” 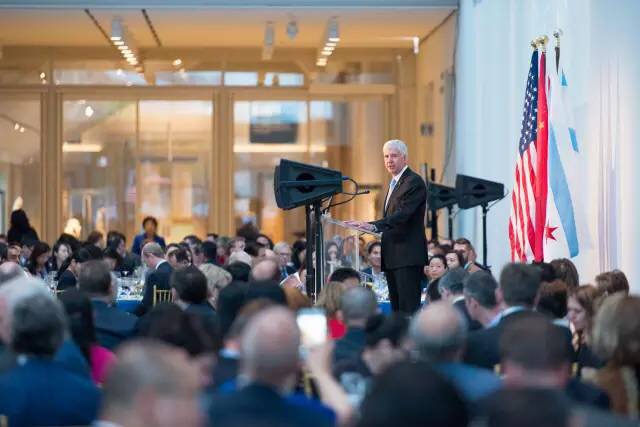 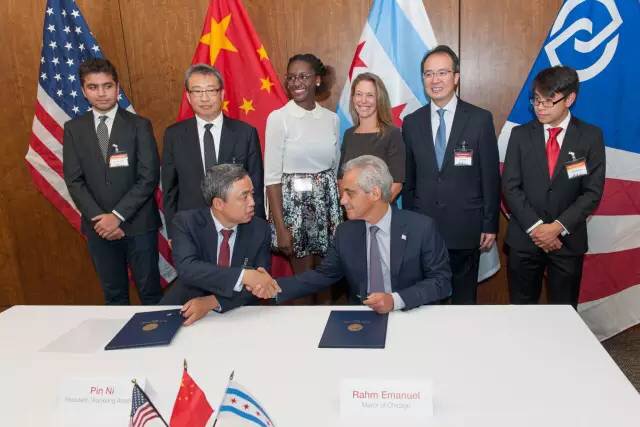 Five rewards were given out at the gala to recognize CGCC Chicago member companies and partners for their significant contributions to China-US relations. SAIC USA, Wanda Group Chicago, and Wanxiang America were honored as The Most Influential Companies, Nanshan America as The Fastest Growing Company, HNA – Chicago as The Best Investor, Bank of China – Chicago as The Top Social Contribution, and Nexteer Automotive as The Outstanding Employer. Mead Johnson Nutrition, as a US company, was awarded Best Contribution to US-China Business Cooperation. Last but not least, Yang Baolong, President and CEO of Jiusan Oils & Grains Industries Group, won the only individual award of the evening – Excellence in US-China Business Cooperation. 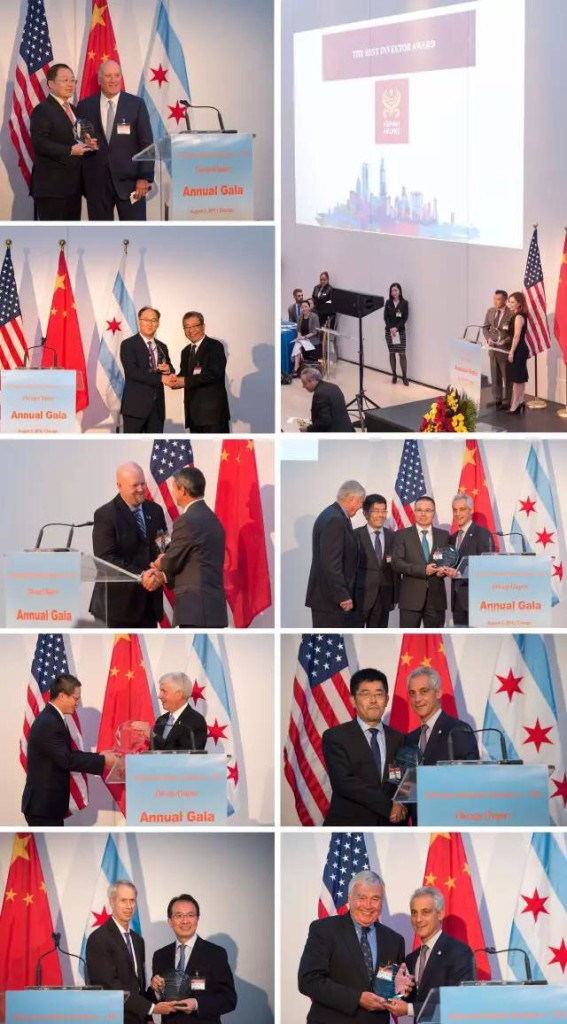 CGCC is the largest non-profit organization in the United States that represents Chinese enterprises. CGCC Chicago covers nine states in the Midwest – Colorado, Illinois, Indiana, Iowa, Kansas, Michigan, Minnesota, Missouri, and Wisconsin. In this region, Chinese companies have invested $12.8 billion and created 28,400 jobs since 2000. The Midwest is growing into a hub for Chinese investment in the United States.

Sanctions Spree: New Round of Sanctions against...