The whole-day event co-hosted by CGCC and Bank of China started at 9 o’clock in the morning, composing of two major forums—“Sino-U.S. Small and Medium-sized Enterprises Forum”, and “Shanghai Free Trade Zone and RMB Internationalization Forum”. Together with the cocktail reception in the evening, the entire celebration has attracted more than 400 CGCC members and guests to attend, including Tian Guoli, Chairman of Bank of China; Xu Chen, Chairman of CGCC, President & CEO of Bank of China USA; Stefan Selig, Under Secretary of Commerce for International Trade; Zhu Hong, Minister for Commercial Affairs at the Chinese Embassy to the United States; Howard Zemsky, President and CEO of Empire States Development and Commissioner of the New York  State Department of Economic Development; Daniel Rosen, founding partner of Rhodium Group; Jack Markell, the current governor of Delaware; Patrick Santillo, Deputy Assistant Secretary of Commerce for China at the U.S. Department of Commerce; Cao Wenlian, Director General of International Cooperation Center of National Development and Reform Commission; Michael Barbalas, President of American Chamber of Commerce in China. 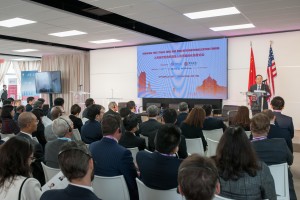 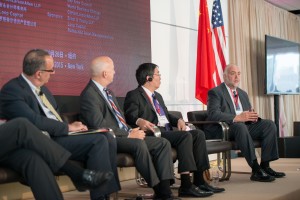 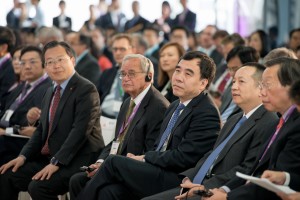 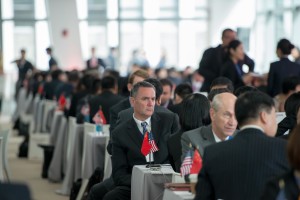 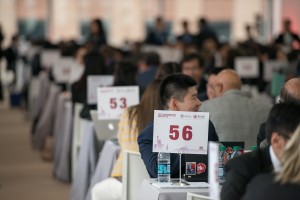 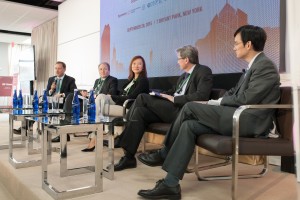 After the forums, participants conveyed at the cocktail reception and award ceremony in the evening featuring three distinguished individuals who had made exceptional contributions to the China-U.S. relations. CGCC Chairman Xu Chen gave the International Leadership Award to Jack Markell and Cao Dewang, for their continuous efforts and excellent leadership that have been invested in the bilateral economic activities. Mr. Jack Markell is the 73rd and current governor of Delaware. Under his leadership, the State of Delaware has been committed to cultivating and fostering collaborative relationships within the global community, which many international business ventures can thrive. Mr. Cao Dewang is recognized by many as a successful businessman and one of the greatest philanthropists in China. After he succeeded in Fuyao Glass, he put himself in enormous charity works in China and around the world. He has donated more than a billion dollars to various charity organizations. CGCC Vice Chairman Charlie Jiang, passed the “Outstanding Contribution Award-Arts and Culture” to Ms. Huang Jian, a well-known sculptor from China. Ms. Huang Jian is a member of the U.N. Association of China. She has created a number of permanent sculptures for three Olympic Games, in which many of them were recognized as state gifts, symbols of peace and friendship. Sharing the same vision of CGCC Foundation, Ms. Huang uses her exceptional artwork to help foster friendship and cooperation. 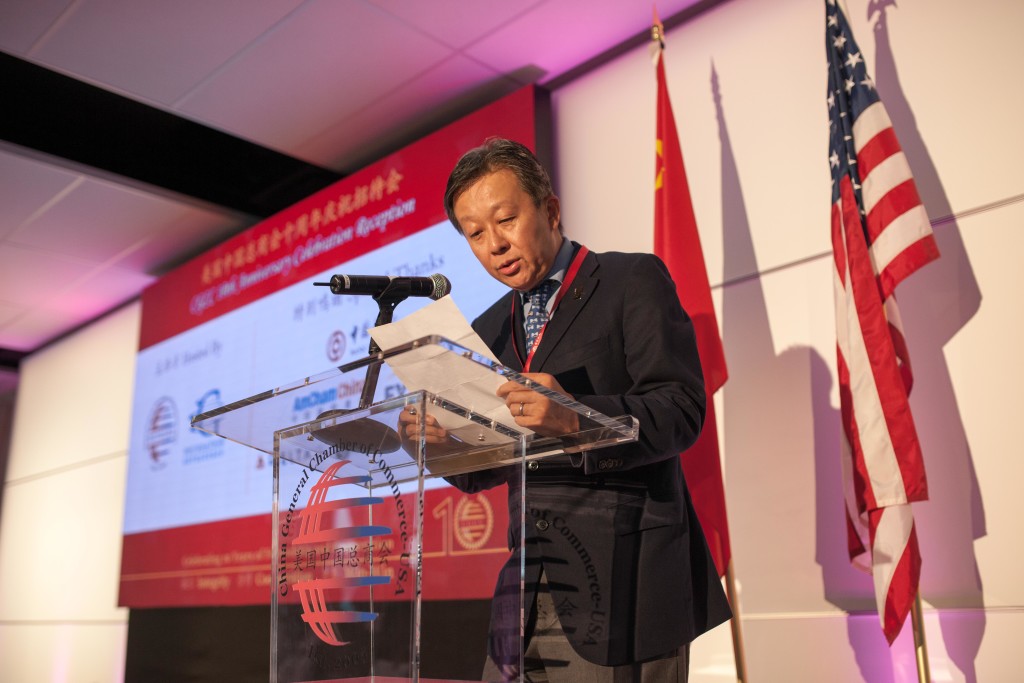 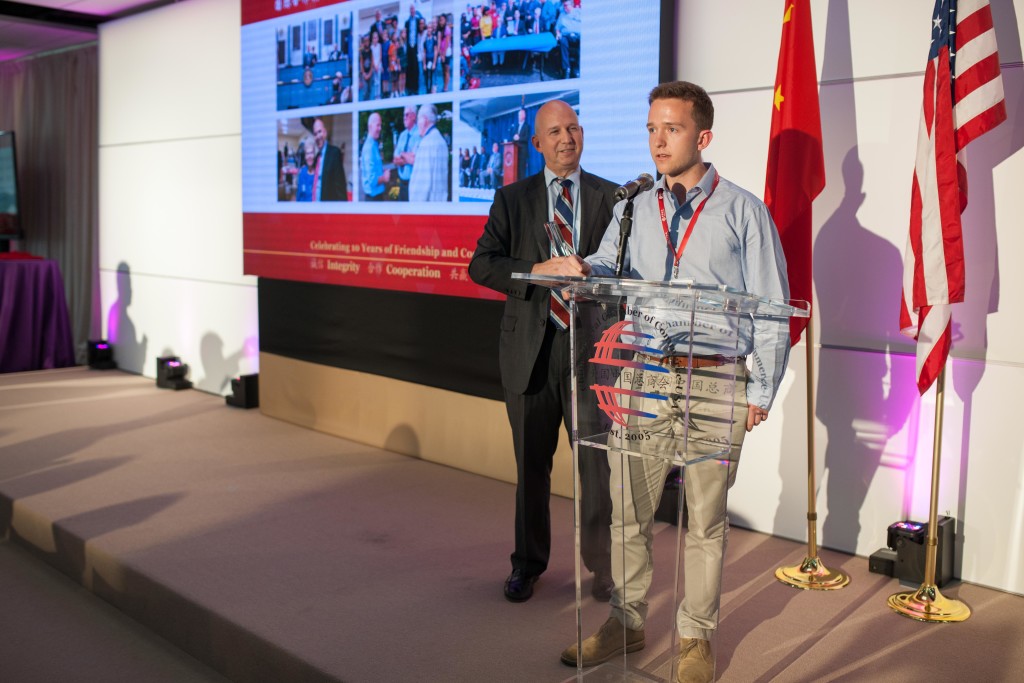 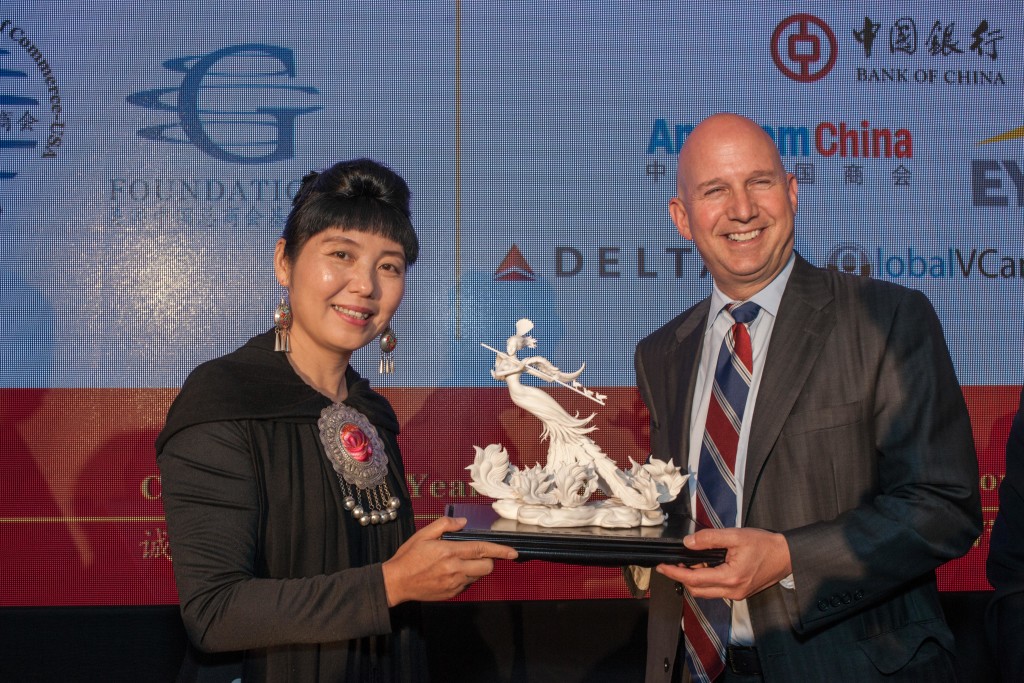 10 years of CGCC’s development nourished many Chinese companies to grow and thrive in the U.S. market. With an increasing number of Chinese companies investing in the United States, the next ten years will surely bring more successes to its members, as well as to the China-U.S. economic relations.